⚠️ 20% Off All Orders With The Code: HYPERFLOW
InstagramFacebook

Why microdosing could be used as an anti-ageing therapy 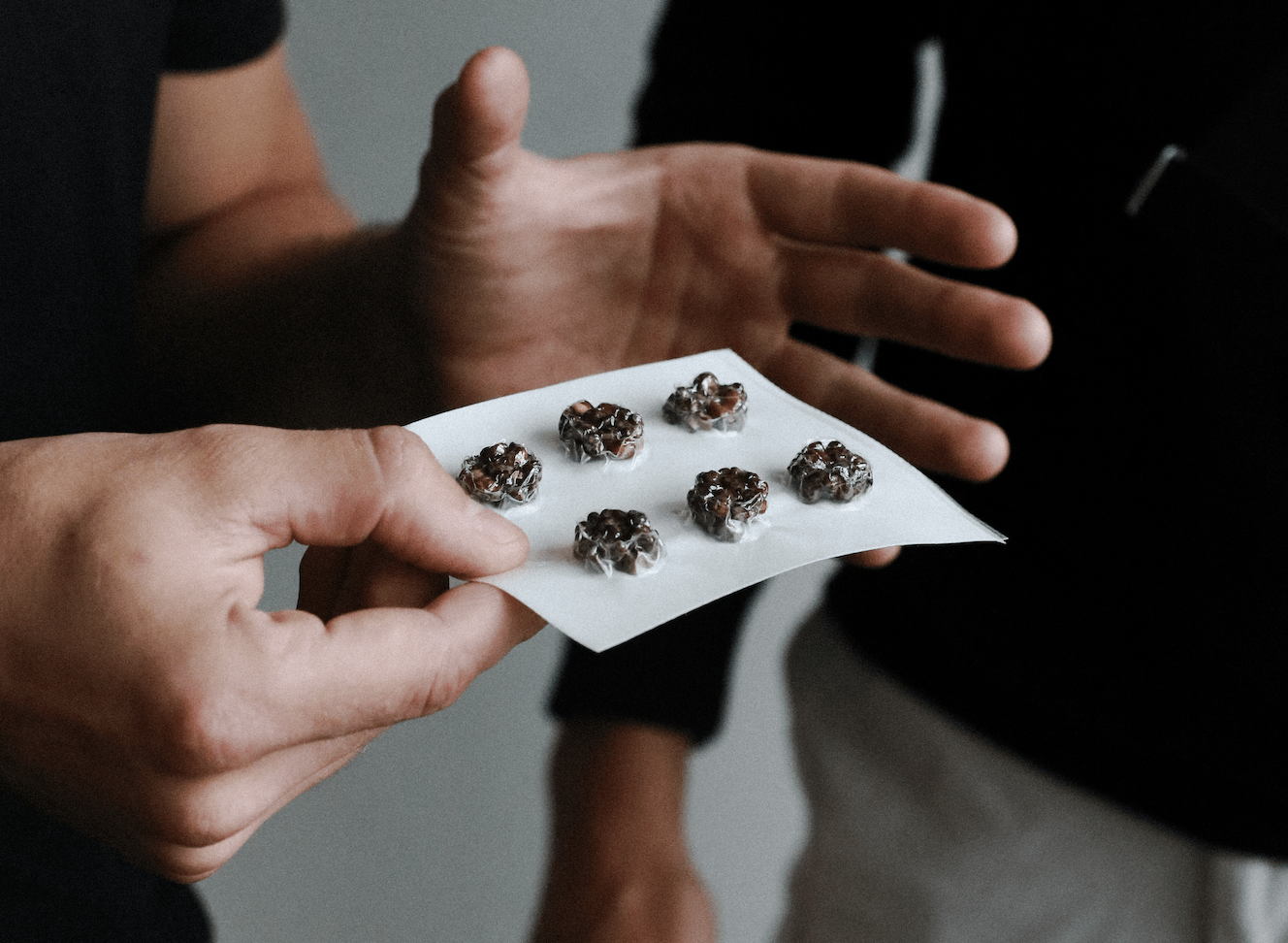 50 is the new 40, people say hopefully, as they age, with the obsession to stay young only accelerating in the Instagram age. Could the growing lifestyle trend of microdosing hold the key? Your favourite psychedelic sleuths investigate.

In his book Superhuman, Dave Asprey outlines a plethora of biohacking tips and tricks that he has acquired over the past 20 years. His ambitious goal? To live for at least 180 years! Asprey has his share of sceptics, but makes some pretty interesting claims for why he thinks this is a realistic goal.

Although he mentions Lion’s Mane as a mushroom that holds strong anti-aging properties (because it puts you into REM sleep faster and stimulates neurogenesis; the birth of new neurons in the brain), he has not mentioned psychedelics or, in particular, psilocybin as one of his recommendations for staying young, for quite some time.

This may be because there is not a large store of scientific evidence for psilocybin’s anti-aging properties as yet but, given Asprey’s view that ageing is directly related to the amount of mental stress we experience, it is well worth assessing microdosing psilocybin as a potential anti-aging therapy.

Research consistently shows that psilocybin can positively influence mood and reduce stress and anxiety in healthy individuals. If you were to microdose psilocybin at regular intervals over the course of your life, what might the long-term effects be on your stress levels – and therefore on how stress contributes to your rate of ageing?

Before we go on, we should note that nearly all of the research we uncovered for this article relates to the potential benefits of psilocybin mushrooms. However, magic truffles – which we sell in the form of ready-made kits, 100% legal in the Netherlands – contain exactly the same compound. The potential benefits of microdosing with truffles should theoretically be much the same as for mushrooms.

Aside: mushrooms, the miracle food

Microdosing aside, it’s widely known that mushrooms in general are rich in antioxidants that have anti-aging potential. A Penn State study found that mushrooms have high levels of two antioxidants known for their anti-aging and health-enhancing qualities – ergothioneine and glutathione. These help cells in the body to combat oxidative stress; tissue damage which can cause cells to destabilise, contributing to accelerated ageing.

There’s a lot of research going on right now, into how these antioxidants may help to decrease the likelihood of neurodegenerative diseases which are prevalent in elderly people, like Parkinson’s disease and Alzheimer’s disease.

Could microdosing keep your brain young?

As people get older, their personality settles into relative stability and their level of openness declines significantly – you may well nod in agreement here if you have a stubborn and sceptical grandparent or great uncle, whose views are narrow and whose daily activities are rigidly unchangeable.This kind of thinking is in direct contrast to the spontaneous, playful, ever-curious brain of a child – and regaining that kind of brain state should certainly combat emotional ageing.

“Personality, after the age of 25, is relatively stable, and if anything happens, openness decreases across decades, just very slightly, but generally people become more rigid and less creative,” says researcher Roland R. Griffiths, PhD, professor of psychiatry and behavioral sciences at the Johns Hopkins University School of Medicine in Baltimore, USA.

What did Griffiths’ research uncover?

In a study published in the Journal of Psychopharmacology, Griffiths and his team were the first to show that psilocybin, when used in an experimental setting, could alter personality traits over the long-term. Specifically, the study found that psilocybin affects the openness aspect of personality, reporting that:

“A single high dose of the hallucinogen psilocybin, the active ingredient in so-called ‘magic mushrooms’, was enough to bring about a measurable personality change lasting at least a year in nearly 60% of the 51 participants … Lasting change was found in the part of the personality (openness) which includes traits related to imagination, aesthetics, feelings, abstract ideas and general broad-mindedness.”

Meanwhile, researchers at Kings College outline how psilocybin mushrooms work by relaxing the serotonin system, in turn relaxing the brain mechanisms that mediate thought and behaviour. This allows old patterns to ‘dissolve’ and opens a healing ‘window of opportunity’.

What does this mean for microdosing psilocybin?

Based on Griffiths’ research with magic mushrooms – which contain psilocybin just as the truffles we use for microdosing do –  it seems clear that microdosing psilocybin could help to keep your brain more creative, open-minded and flexible to change – more young at heart, in essence. There’s value in that; remember the saying, “You’re only as old as you feel”. When your brain is behaving like a “young” brain, you tend to feel younger overall.

Read Janet Chang’s Medium blog on microdosing magic mushrooms, and imagine the significance if this was someone writing in their sixties or seventies, a time of life when things often become a little dull and mundane for many people:

“I was less self-conscious and more creative. Everyday, more ideas and insights would pop into my mind than I knew what to do with. I held a greater appreciation for the arts. My apartment went from minimalistic and drab to tastefully and beautifully decorated. My alone time went from dead silent to filled with music, song, and dance. Despite a lifetime of hating clothes shopping, I started to enjoy every part of the process. I took up a dance class, and went from being a robotic dancer to deftly ‘on point’. I joked and laughed more.”

“Depression, for me, is a glass wall separating me from the world, and I’ve been stuck behind it for most of my life. When the wall dissolves and I can step out into the sunlight, it’s like being reconnected to a source of energy and emotion that I couldn’t access otherwise.”

“… following the microdose protocol, I started having thoughts about wanting to see my friends more. I wanted to go out and do things. I wanted to take long walks with my dog somewhere other than our usual route. I wanted to do errands so I could get out and chat with people.”

In a forum on Shroomery, one poster gave this opinion on the possible links between microdosing psilocybin, the brain, and ageing:

“Having high spirits all the time, or in other words “wanting to be with nature” will in turn release the fountain of youth – Growth Hormone, which will keep your physical form in much better physical shape to live its best.
And I strongly believe that this is what’s going on with me and the mushrooms I have been taking.  I literally feel and look younger than I did 3 years before I started doing them.”

A lot of the way people feel when microdosing magic mushrooms or truffles has to do with the neurotransmitter serotonin, often called “the happy chemical” for its contribution to wellbeing and happiness.

We know that serotonin in the human brain declines the older we get – and there is extensive evidence indicating that a deficit in serotonin can contribute to major depression. Psilocybin mimics the effect of serotonin when ingested, meaning that microdosing with psilocybin could help alleviate depression in the elderly.

For many senior citizens – often living alone, lonely and unstimulated – such changes in mental outlook and behaviour could well be life-changing.and bring back the shine to the “golden” years.

We know two things in relation to this question. Firstly, unlike opiates, heroin and other drugs, psychedelics are not physically-addictive and are unlikely to result in a fatal overdose. Even a 46-year old woman who accidently ingested 550 times the amount of a normal (i.e. recreational) LSD dose survived and even found an improvement in her longstanding foot pain.

Secondly, microdosing involves taking such a tiny amount of a psychedelic per dose – roughly one-tenth of a normal dose – that the risk to your health and well-being is extremely low (even drinking alcohol is considered more of a health risk).

In this blog, a 75-year-old and their 58-year-old partner recount their shared, positive journey as “psychonauts” using magic mushrooms, and display a trait which should make older people reliably responsible in not overdoing the microdosing – maturity:

“We share the point of view that mushrooms are to be respected, and we take the coming hours seriously. We do not see this as being high, partying, or raving. We have chosen the places and times carefully. For weeks, we have been preparing our mental and emotional states, and we have cleared our schedules.”

The piece goes on to recount an overwhelmingly gentle and happy foray into the world of psychedelics (for the writer, more accurately a return after some 40 years), ending off:

“This was our exploratory incursion into later-in-life psychedelia – as in, “Will we be able to handle it?” We are now more confident in the “teacher,” as some call the psilocybin mushroom.”

A 2012 Reddit post asked the question, “ Hey ive just turned 50 and would like to try shrooms. Do you think thats too old is this a young persons activity? What range of ages are on here?“ (punctuation left as is). Responders were adamant that 50 was not too old at all, with one saying “It’s never too late, friend. Psychedelics aren’t just a young man’s game. Remember, Huxley requested LSD on his deathbed — a few shrooms at 50 ain’t no thing.”

There’s truth in that sentiment because, looking at various statistics, we discovered that psilocybin mushrooms have a very low rate of toxicity, and death from an overdose is rare. Here it’s recounted how, in a 2016 survey of 12 000 people who had taken psilocybin, only 0.2% of them reported needing emergency medical treatment.

Naturally, should you have any concerns at all about your age in relation to microdosing, please consult a medical professional before you try it.

Human connections – human relationships – can help us to thrive, and even to stay alive. Research has shown that “loneliness is just as lethal as smoking 15 cigarettes per day. Lonely people are 50 percent more likely to die prematurely than those with healthy social relationships.”

As the earlier-mentioned research at John Hopkins showed, psilocybin increased the dimension of openness of many participants’ personalities, making them more likely to connect better with others. In the research report, 57% shared “common themes of interconnectedness to all people and things”.

In her psilocybin blog, Janet Chang recounts, “I was more comfortable in public, and less anxious in conversations. Although I already considered myself open-minded and accepting, I became more tolerant and compassionate towards people” and “Over the year I microdosed, I became a more empathetic, compassionate, and affectionate person”.

Could microdosing psilocybin help older people – often isolated – to come out of their shell and develop richer relationships? It certainly seems plausible.

While more scientific research is needed to investigate the direct link between microdosing psilocybin and anti-aging, we think this compound is definitely worth considering adding to your anti-aging strategy, because of the various reasons mentioned in this article.

Let’s end with this sign-off from that earlier-mentioned post in the Shroomery forum:

“I honestly believe magic mushrooms unlock anti ageing potential and someday the world will know this once scientists figure that out, heck I may prove to the world that when I am 85 years old I will still look like I am in my 30s, maybe not though, it’s still too early to tell.  but from my experience with the mushrooms, anti-aging is possible with them if you know how to use them correctly.” Who knows, perhaps our Microdose Pro team, and our growing community of microdosers, will one day say the same about psilocybin truffles.

Thank you for reading and, if you happen to be older than 50 and have tried microdosing with any psychedelic, do post your feedback below; we’d love to add your insights to this article.