For those of us that have never known about the power of mushrooms and mycelium, this Netflix film is a great introduction.

However, most of us were introduced to this field via Joe Rogan’s podcast back in 2017. This is the second conversation Joe had with Paul Stamets, a mycologist and medical researcher considered to be an industry leader in the field of fungi.

Over the years, Paul has really propelled mushrooms out of the proverbial darkness and sparked our collective interest. Through him, we learned about functional mushrooms, psychedelic mushrooms, mycelium, fungi and so much more. During his conversation with Joe, Paul briefly alluded to the intelligence of fungus and the experiment that was carried out in relation to the complex Tokyo metro system.

Over a decade ago a Japanese laboratory simulated the layout of Tokyo by placing oat flakes in a large plastic dish. Their aim was to see if and how transport systems might be improved via nature’s innate intelligence. This mold forages for food by distributing branches of plasmodia from one centralized area while remaining a single-celled organism. An excerpt of the National Geographic article on this topic reads:

‘[…] It creates an efficient network by laying down plasmodia indiscriminately, strengthening whatever works and cutting back on whatever doesn’t. The approach seems as haphazard as a human planner putting railway tracks everywhere and then removing the ones that aren’t performing well. Nonetheless, the slime mold’s methods (or lack thereof) produced a network with comparable cost, efficiency, and tolerance for faults to the planned human attempt.”

The end result of this experiment showed us how the slime mold engineered routes that are quite similar to the end product used today.

Routes that are highly complex were understood, defined, and implemented by an arguably ‘simple’ single-celled organism.

Putting it another way, many brain neuroscientists and therapists have previously used the analogy that taking psilocybin is like a fresh coat of snow on a well-trekked landscape.   The snow comes down in a flurry and covers all previous footprints, paths, and demarcations. Specific routes are neutralized creating endless new possibilities and therefore an invitation for new experiences.

Looking at fMRI scans of the brain under the influence of psilocybin brings all these points together. Mushrooms induce neural crosstalk, meaning that all the areas of the brain simultaneously light up and therefore more connections between two points are made in this particular instance and more pronounced than in any other state….i.e. a snowstorm. Once the ‘high’ wears off, and the snowstorm comes to an end, the landscape of the brain is blanketed under an even layer of possibilities.

Despite all the miraculous effects of psilocybin thus far, this is the moment when the magic really happens. The freshly covered landscape is ripe for new connections, new behaviors, even a deeper sense of personal agency as Dr. Matthew Johnson explained during his conversation with neuroscientist Dr. Andrew Huberman. Here we learn how psilocybin enables us to engage and perform tasks that we have often previously willed but never quite accomplished.

Yet the question remains; how can microdoses induce massive shifts?

Neuroplasticity by definition is induced and cemented by repeated behaviors and actions. Taking small sub-perceptual doses of psilocybin allows the intelligence of nature to devise new neural pathways, the most sustainable and efficient pathways. A regular and consistent 1% improvement in neural pathways inevitably creates new experiences, unseen solutions, and a thriving mindset.

Going even deeper into neuroscience, we have learned that there are 2 types of serotonin receptors in the brain: 5-HT1AR and 5-HT2AR. Psilocybin works on the 5-HT2AR serotonin receptors in the brain. While SSRI medication specifically targets the 5-HT1AR receptors. This is how we can better understand the distinction between the two serotonin receptors. 5-HT1AR rich brains tend to experience less stress, are less prone to impulsivity, aggression, and anxiety, while SSRIs can blunt our emotions and increase our resilience, therefore reducing depression.   Psilocybin works on the 5-HT2AR serotonin molecules and enables the individual to experience less pessimism and rigid thinking.   Those that have been exposed to psychoactive fungi have access to a more ‘plastic’ state of mind, one that is more adaptable to change, more environmentally sensitive, and has a higher capacity to learn.

and unlearn therefore increasing the sense of overall well being.

Now that we know the ‘what’ and the ‘why’, the next question would be ‘when’? When is the best time to microdose?

Many default to supplementing with psilocybin as part of their morning routine, which in itself is not a bad thing. However, we have also recently learned from Dr. Huberman’s recent conversation with Tom Bilyeu, that neuroplasticity is triggered during our waking state (daytime), gets implemented while sleeping and is then downloaded into our consciousness during the first hour after waking.   Learning the cycles of our brainwaves and how to ride those waves empower us to navigate life on a whole new level.   In short, a sub-perceptual aka micro-dose of psilocybin before bed, followed by a quiet hour upon waking (meaning no devices or input of any kind), is the protocol needed to allow nature’s innate intelligence to take over.

Whether microdosing daily, every other day, or even just one week a month is completely up to you. Use that first hour in the morning to journal and track how you are feeling. Notice your mindset, notice your energy levels, notice the quality of your sleep, notice the feedback you are getting from others,  even notice when you are not microdosing and what that means for you. From here, you can be your own best advocate. From this place you can discern what works for you based on your current circumstances and your specific physiology.

If a single-celled organism can figure out the most efficient routes for the Tokyo transport system, microdoses can certainly optimize your life in deeply meaningful ways. 1% at a time, slowly, gently but diligently you will find that not only will your brain be different but that your experience of life will be much improved and deeply satisfying. 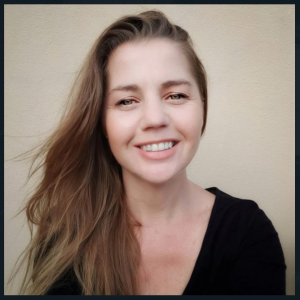 1 thought on “Microdoses for Massive Shifts”

PrevPrevious3 Reasons to add microdosing to your yoga-regimen
NextHow do you know if Lion’s Mane is working?Next